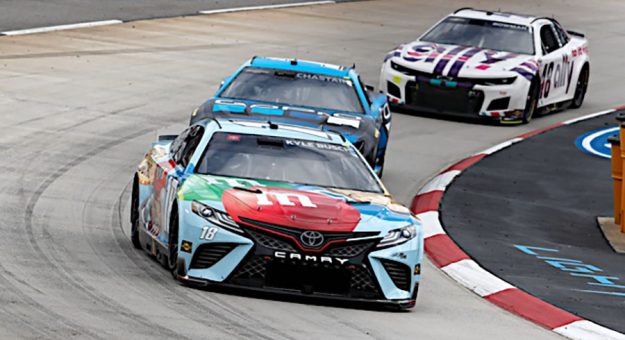 Through 18 points races, the general consensus is that the worst NASCAR Cup Series race of the season was the April 9 visit to Martinsville (Va.) Speedway. Byron (212 laps) and Chase Elliott (185 laps) led the majority of the 504-lap race, with only one car failing to finish. We raced there when it was in the 40s, probably right around there. The control tire that we raced on in (April), laid plenty of rubber. The three cars of us laid more rubber than we saw the entire race. There will be 13 drivers in Sunday’s race who have won a Cup Series race on a road course. Despite not having a race win through 18 races, Truex leads the series in stage wins with five. In addition to competing in the Trans-Am race at Road America, Marks will go short track racing in the Superstar Racing Experience.