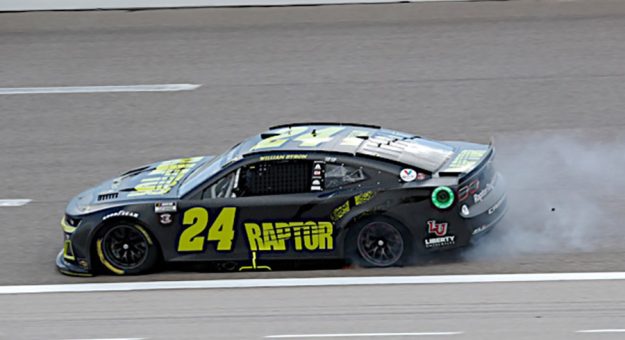 NASCAR Nuggets: Goodyear Has Had Enough

Ahead of the Coca-Cola 600 this weekend at Charlotte Motor Speedway, here’s a roundup of notable news and notes from around the NASCAR world. “I think everybody is pushing the issue there,” Donley said. Harris believes the problem is a combination of air pressure/camber and tire construction. Harris believes teams are pushing the limit on tire pressured as they “normally would” in the past. Hamlin also addressed how long he may continue to race in the NASCAR Cup Series. While Hamlin said he’d be willing to race for his own team, 23XI Racing, he’d rather retire at Joe Gibbs Racing with the support of long-time sponsor FedEx. Another week of races airing on FOX Sports 1 brought another week of bad rating news for NASCAR. The All-Star Race got a 1.38 rating and an average of 2.481 million viewers.