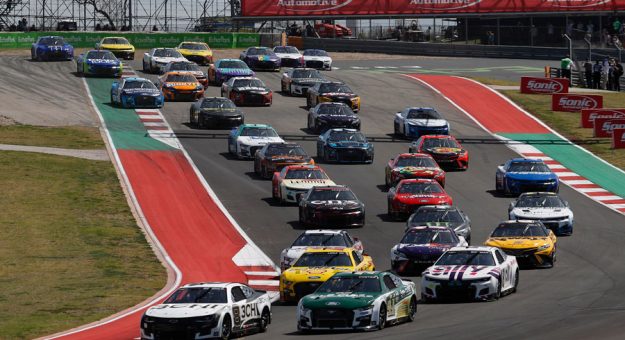 Taking stock cars built for American short tracks and superspeedways and bringing them to the 1976 running of the 24 Hours of Le Mans was certainly out of the ordinary, as these cars went against the grain of everything that raced at Le Mans. The Next Gen stock car will race on Goodyear tires. The Next Gen stock car will require many modifications to compete at Le Mans. NASCAR hasn’t had doors on their race cars since the early 1960s and cars racing at Le Mans have two doors. “NASCAR has elements of what I would call NASCAR DNA,” Doonan said. “Clearly, we’re taking a NASCAR Next Gen car to Le Mans to compete in the 24-hour race and we want to retain as much as of that DNA as we can.”. Following Le Mans, NASCAR and IMSA will evaluate the Next Gen car’s performance compared to their pre-race goals. They will have another chance to see some Americana when NASCAR returns to Le Mans.