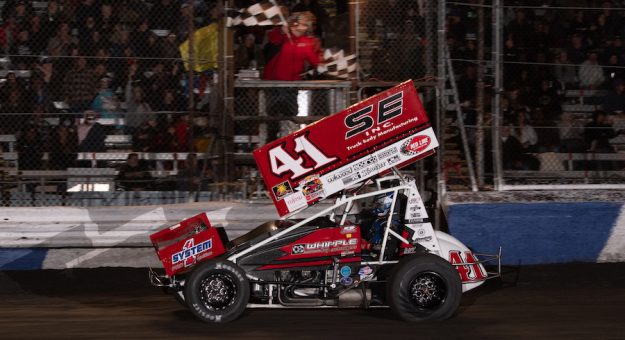 SACRAMENTO, Calif. — With five races complete on a 24-race schedule, the NARC Fujitsu General Sprint Cars are just about a fourth of the way through the season, so what do the numbers say about what’s transpired so far?. First off, it’s clear Dominic Scelzi has resumed his 2021 dominance. Through five races, Scelzi has three victories and has finished on the podium in all five races. Copeland and Scelzi are the only two drivers who have earned multiple podiums so far. Kaeding is another driver in an exclusive group with Scelzi as the two are the only ones to finish in the top-10 each night. Two weeks later at the Peter Murphy Classic, issues in the feature of the first night slowed him. Two races later he earned his first top-10 finish with a sixth-place showing on the final night of the Peter Murphy Classic.