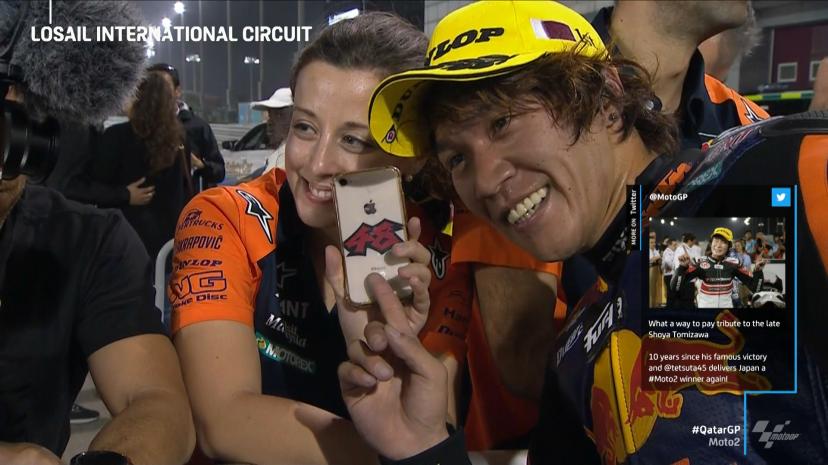 Tetsuta Nagashima had to wait seventy Grands Prix across seven years before finally tasting victory in Sunday’s QNB Grand Prix of Qatar. Tomizawa’s advice and help as a teammate played a crucial part in Nagashima being crowned the 2011 GP-Mono All Japan Road Race Champion, runner-up in the 2012 J-GP3 Championship and then sixth in the 2013 J-GP2 Championship at the helm of a TSR. It was with this bike with which he made his World Championship debut at the Japanese Grand Prix in the same year as part of the JiR Team.