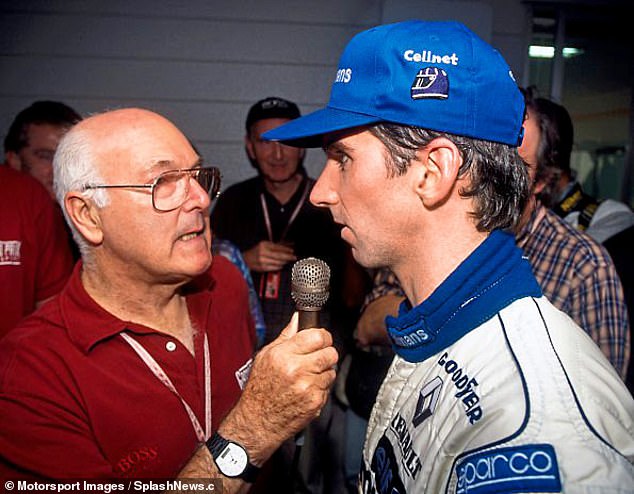 Murray Walker had a voice ‘made for the microphone and Formula One,’ says Damon Hill as 1996 world champion paid tribute to a true ‘legend’ of the sport: ‘He could just up the revs and cut through all the fluff!’

Damon Hill spoke for the world of motor racing on Sunday in hailing a ‘legend’, one leading figure in a community in mourning but more than that, one sharing a sense of celebration. ‘I have to stop because I have a lump in my throat,’ said Murray. Hill, one of Murray’s personal favourites, told Sportsmail: ‘I thought he might live to 100 and get a letter from the Queen and maybe a knighthood. ‘I had the uncomfortable job of grabbing Murray by the lapels and giving him a shake,’ said Hill of that partnership. ‘He had a voice that was made for the microphone and for motor racing. They had T-shirts made, “If I’m not very much mistaken, I’m not Murray Walker”. And wherever the show went, it wasn’t just a case of Murray talking about F1, it wasn’t just Piquet versus Mansell; it was about Murray too.

Will be missed. RIP Murray.