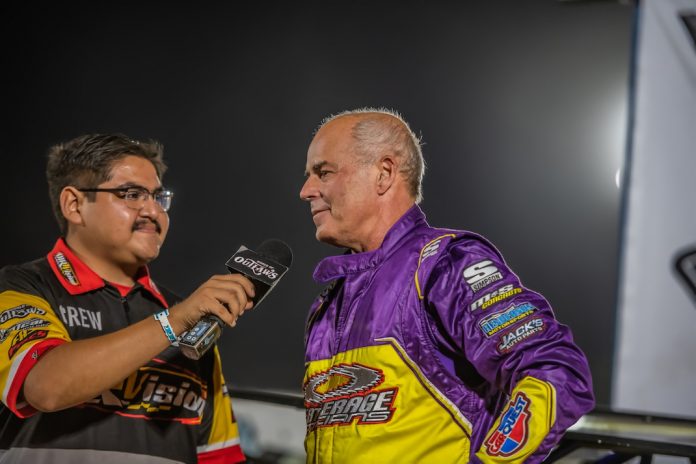 NEW RICHMOND, Wis. — A lot has changed since the inception of the USA Nationals in 1988. Moyer is a five-time master of the USA Nationals with title bids coming from 1988-’90 and again in 1991-’92. Surviving a pair of  heat races and then winning the  dash, Moyer officially secured the pole for Saturday’s $50,000-to-win, $3,000-to-start, 100-lap feature. The points were thrown out, however, and the redraw was set to shuffle the dash order between Moyer, Erb, Owens and fellow lock-ins: Brian Shirley, Jason Rauen, Kyle Bronson, Ashton Winger and Brandon Overton. Drawing the pole of the eight-lap dash, 62-year old Moyer fended off 20-year old Ashton Winger into turn one and assumed initial command of the race, which set the lineup for Saturday’s finale. “It’ll go through a lot of different phases,” Moyer thought on tomorrow’s track.