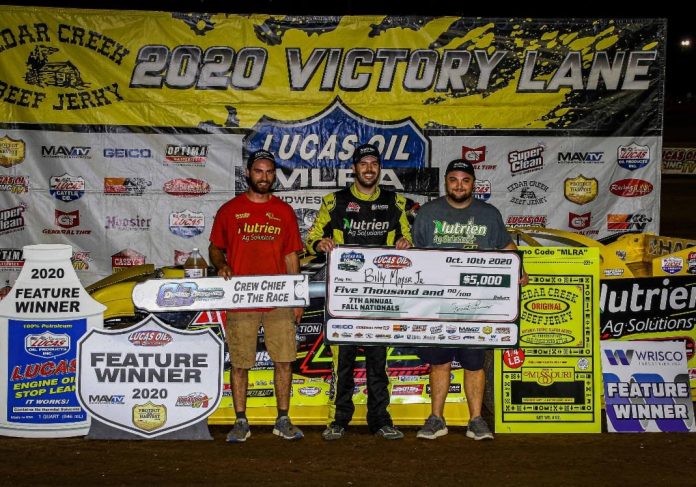 – Billy Moyer Jr. turned a back-and-forth battle into a runaway, capturing the seventh annual Lucas Oil MLRA Fall Nationals on Saturday night at Lucas Oil Speedway. Moyer Jr., of Batesville, Ark., took home the $5,000 Lucas Oil MLRA prize with his first victory of the season. We haven’t won in a long, long time,” Moyer Jr. said. Moyer Jr. and Mason Oberkramer started on the front row and Moyer got the early jump, opening a two-second advantage by lap 10. Hurst was running third with Alberson fourth and Billy Moyer Sr. in fifth. It was all Moyer Jr. from there, as the race remained caution free over the final 23 laps. Moyer said his spotters did a good job of showing him the glow sticks, lap after lap to relay the margin of his lead. “I couldn’t figure out how to get off turn four,” Moyer said.