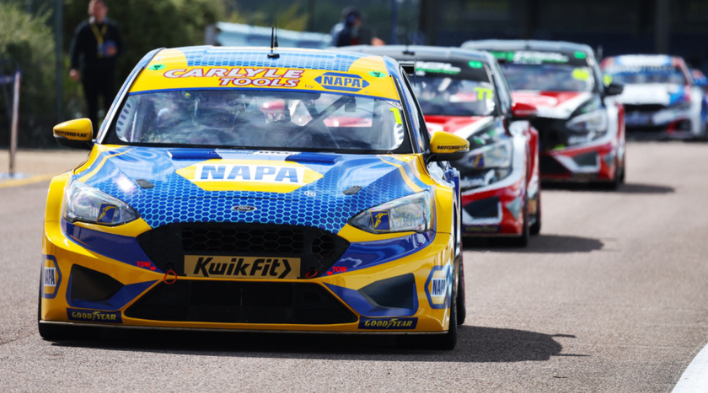 Motorbase Performance is heading the Oulton Park this weekend (11/12 June) for the latest rounds of the Kwik Fit British Touring Car Championship as the squad continues its pursuit of a first race victory of 2022 in Cheshire.Ahead of Rounds 10, 11 and 12 of the campaign, NAPA Racing UK driver Ash Sutton – the reigning BTCC Champion – is second in the title race after a successful outing at ultra-fast Thruxton a little over a week ago where he delivered three superb race drives.Charging to a clean sweep of third-place podium finishes, adding to the podium he achieved during the opening event of the season at Donington Park, Sutton is proving the old adage ‘consistency is key’, and especially so in a category as hotly contested as the BTCC.Team-mate Dan Cammish has endured a dose of misfortune so far this season but having exemplified his pace throughout the opening events, and making his 100th BTCC start this weekend, the 33-year-old is aiming for a return to form at Oulton Park.Following a car fire in qualifying at Donington back in April, Cammish’s season couldn’t have started in a more vexing fashion but he hit back at Brands Hatch Indy with a brace of podiums and was extremely close to claiming NAPA Racing UK’s first win. In the third contest, though, he gained ten places from the back of the grid with a great drive.Sam Osborne achieved his first outright points finish of 2022 during the last of the Thruxton races, a very pleasing drive into the top 15 from 23rd on the grid, and is aiming to add to that at Oulton Park a few days from now. “We’re heading into the weekend with a bit of momentum after scoring a podium finish in each race at Thruxton, so the aim has to be to continue that and score more big points. I’m looking forward to it and aiming for some good points.”“It was obviously good to get my first overall point of the season at Thruxton,” concluded Osborne.