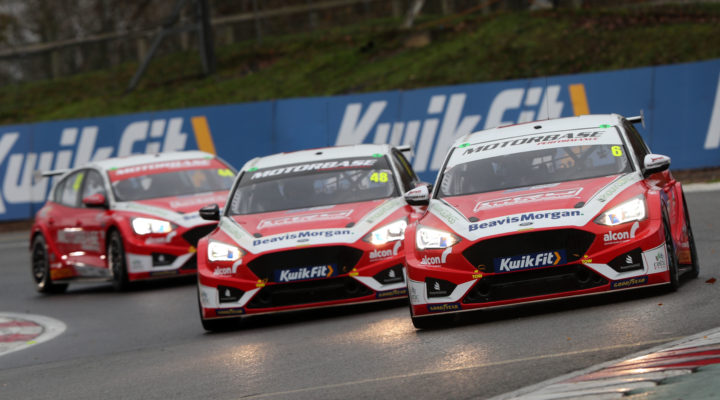 Motorbase Performance celebrated a strong run in the Kwik Fit British Touring Car Championship season finale at Brands Hatch this weekend, securing the squad’s 11th podium of the campaign with Rory Butcher’s race three victory. In the latest Ford Focus ST’s first year in the series, it was a quintet of wins with Butcher adding to the tally in the final race of 2020. Team-mate Ollie Jackson continued his impressive run with a trio of top ten finishes while Andy Neate achieved his best qualifying position of the year during a wet-dry weekend in Kent.