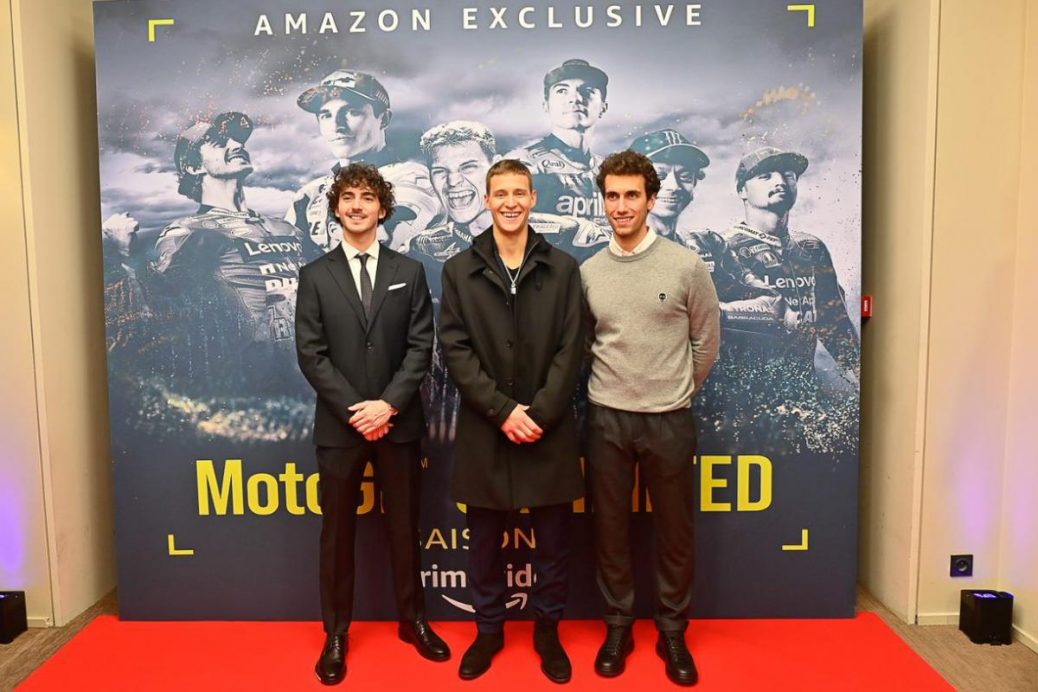 MotoGP™ Unlimited: the premiere in Paris

The Elysées Biarritz hosted the second premiere for MotoGP™ Unlimited, with two more episodes of the new docuseries about the FIM MotoGP™ World Championship screened on Thursday – less than a month ahead of the series’ worldwide launch on the 14th of March. MotoGP™ Unlimited will launch exclusively on Prime Video in France, Italy, Spain, and more than 170 countries and territories worldwide – including the UK and U.S. – on the 14th of March. Produced by THE MEDIAPRO STUDIO in collaboration with Dorna Sports, the series comprises eight 50-minute episodes and follows a number of premier class stars, including riders and team managers.