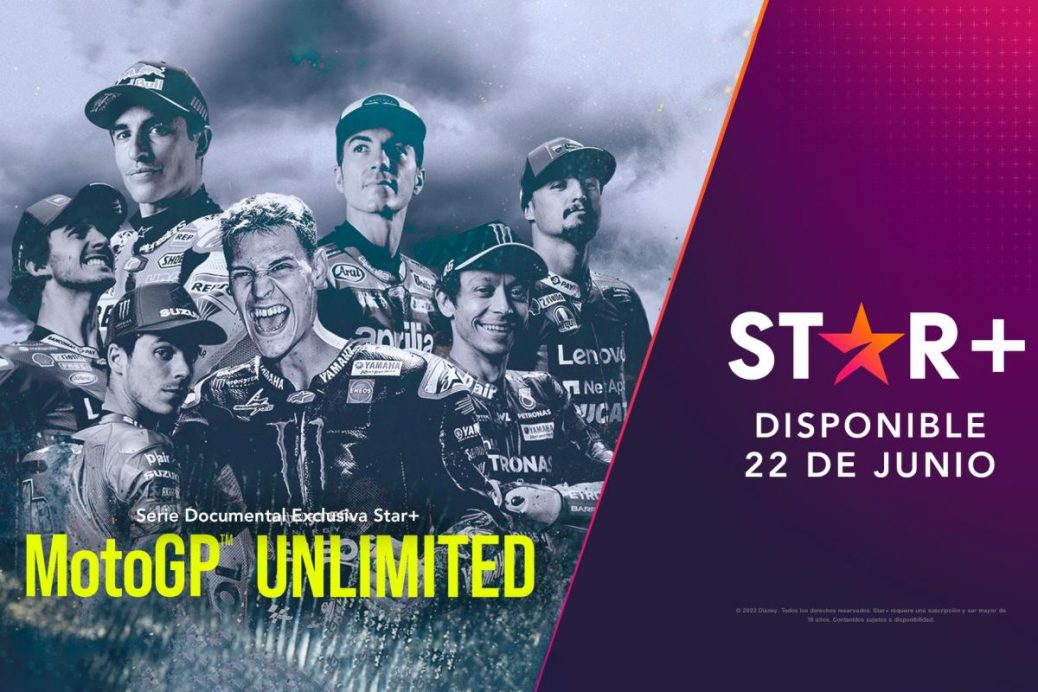 MotoGP™ Unlimited will premiere exclusively on Star+ throughout Latin America on Wednesday the 22nd of June. Star+ is a standalone general entertainment and sports streaming service launched on August 31, 2021 in Latin America, complementary to, but independent from the Disney+ service in the region. The service is home to exclusive premieres of general entertainment TV series and movies from The Walt Disney Company’s content studios, including Disney Television Studios, FX, 20th Century Studios, Star Original Productions, National Geographic Original Productions and more, as well as ESPN’s live sports streaming service, the most prestigious and recognized brand for sports fans in the region.