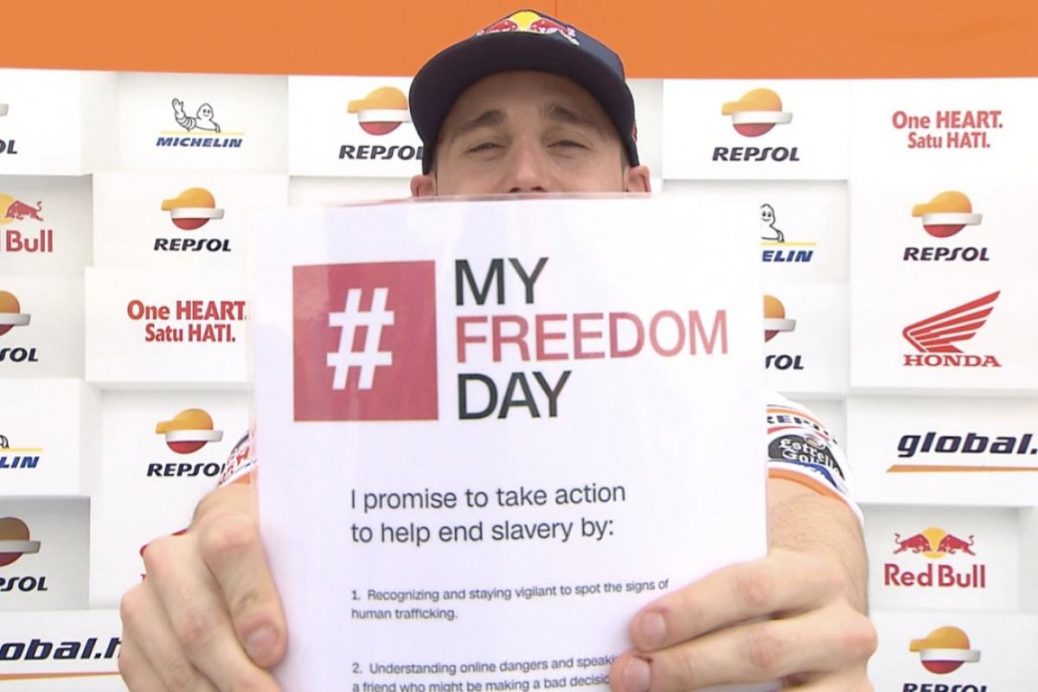 MotoGP™ World Champion Joan Mir (Team Suzuki Ecstar), along with fellow premier class stars Jack Miller (Lenovo Ducati Team), Pol Espargaro (Repsol Honda Team) and Franco Morbidelli (Petronas Yamaha SRT), has signed CNN’s My Freedom Day pledge as the four riders take a stand against modern-day slavery. CNN is asking young people to make a pledge on what actions they’re implementing to be a responsible consumer and spread awareness of slavery in supply chains through a new social campaign. The stars of MotoGP™ join people around the globe in making this stance in order to try make the world a safer, more inclusive society for all.