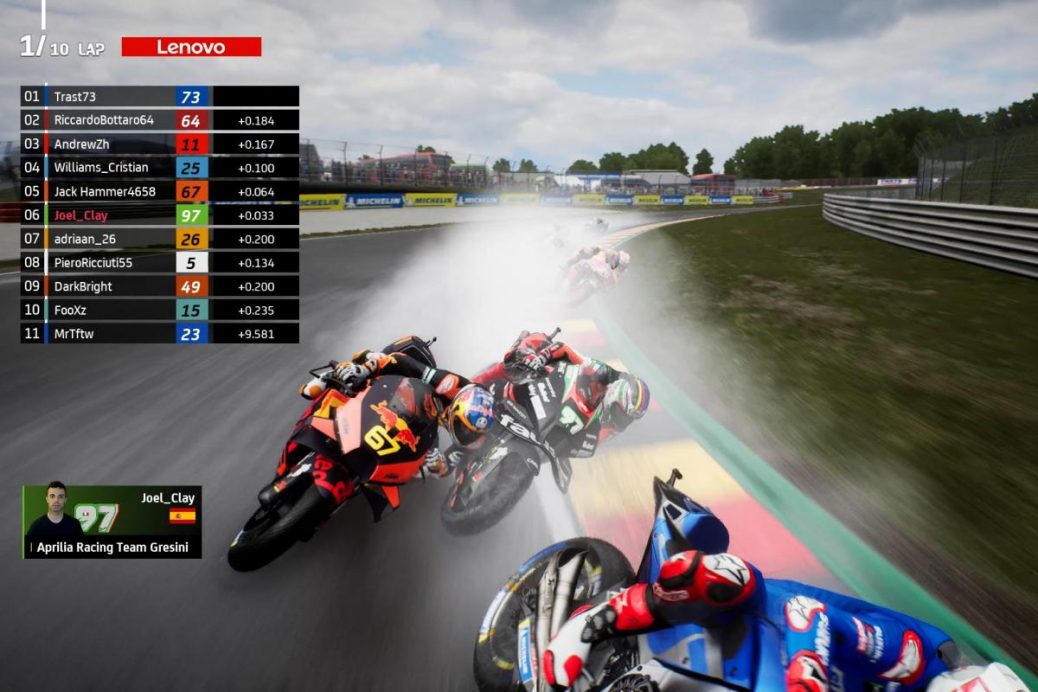 The MotoGP™ eSport Global Series was blown wide open after a stunning second round saw a host of drama and surprise, leaving four names covered by just nine points in the championship standings!. In June eleven gamers from around the world had been chosen to represent one of the eleven current MotoGP™ teams for the four-round Global Series, an eight-race event that will determine the winner of the 2021 MotoGP™ eSport Championship. Jack Appleyard and Jack Gorst bring you coverage of races three and four in the chase to be crowned eSport King. MotoGP™´s Jack Appleyard and Jack Gorst combined their presentation duties with exciting commentary. The results leave Trast73 at the head of the table, 4 points clear of Adriaan_26.