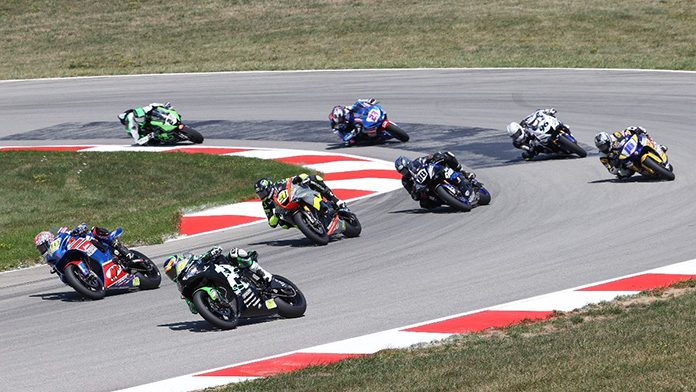 WAMPUM, Pa. – If you won on Saturday at Pittsburgh Int’l Race Complex, then you also won on Sunday. Landers even went one better and also won the lone Twins Cup race on Sunday. At the finish line, it was Escalante winning by nearly seven seconds over Kelly, who had his hands full with Paasch right to the finish. At the finish line the two were separated by just .024 of a second. BARTCON Racing’s Dominic Doyle, who was slightly injured in Saturday’s race one melée, toughed it out on Sunday and finished second. Celtic HSBK Racing’s Samuel Lochoff, who finished second on Saturday, was third on Sunday. The final race of the weekend was in the Twins Cup class, and Landers raced his SportbikeTrackGear.com Suzuki to victory, which capped off the 15-year-old’s third win of the event and second win of the day.