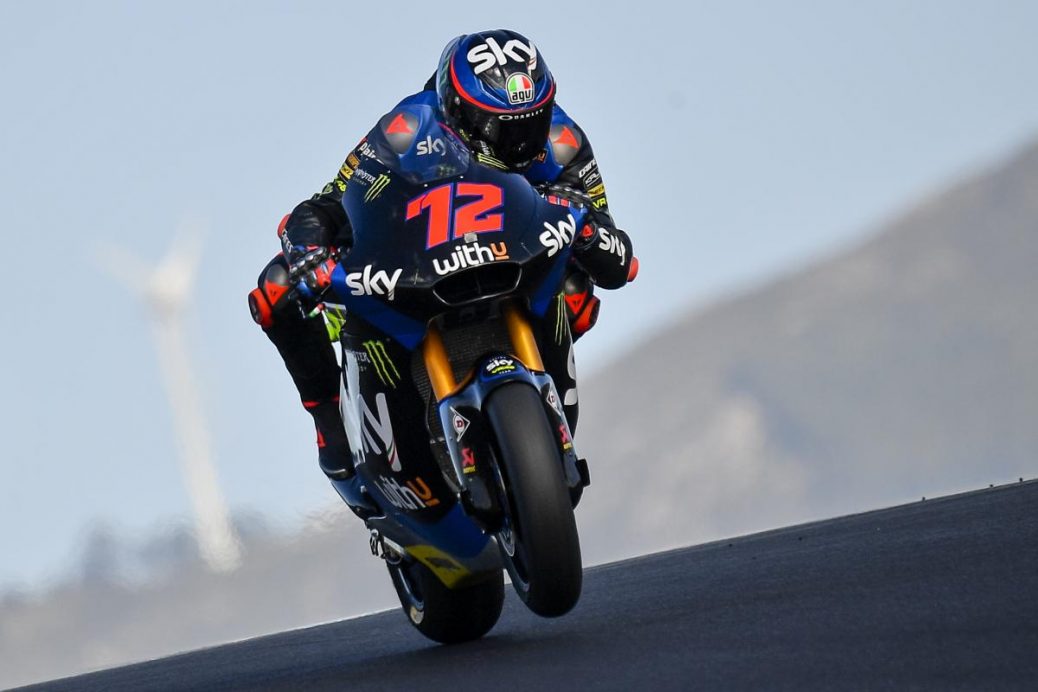 Ahead of the Official Qatar Tests and the opening round of the season later this month, the Moto2™ and Moto3™ teams are taking part in private tests. 20 Moto2™ riders are at the rollercoaster and after the first of two days, Marco Bezzecchi (SKY Racing Team VR46) is fastest from Remy Gardner (Red Bull KTM Ajo) and Joe Roberts (Italtrans Racing Team). Several rookies are continuing their adaptation to the Moto2™ machines and fastest so far is multiple Moto3™ race winner Raul Fernandez (Red Bull KTM Ajo), the Spaniard was less than a second shy of Bezzecchi – as was the latter’s teammate Celestino Vietti. The riders will be lapping the Algarve International Circuit again on Wednesday, as private testing continues. Riders will take to the Qatar track for their only Official Test days prior to the season beginning.