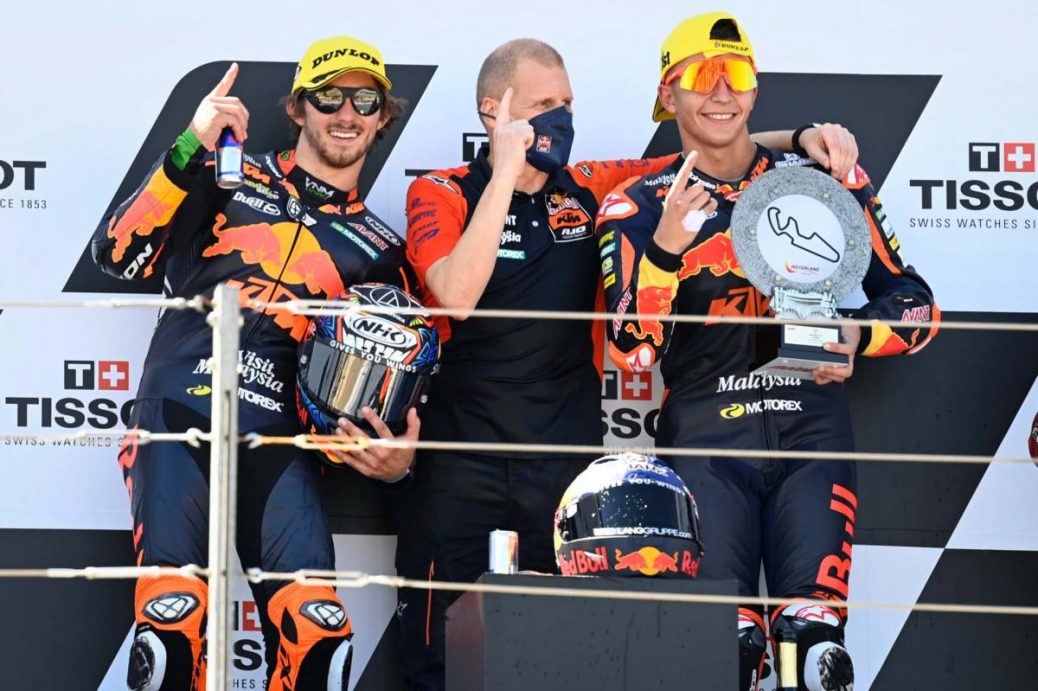 Moto2™: Gardner on the edge of glory

During the Moto2™ race the Emilia-Romagna GP, the Moto2™ World Championship looked like it was boiling up to get closer than ever. But there are plenty of possibilities, just as there are in the race… because the last time the intermediate class raced at the Autodromo Internacional do Algarve, Raul Fernandez took his first Moto2™ win. In Raul Fernandez’ favour there’s also his proven ability to bounce back when needed – after each of his other two DNFs he returned to the top step in the race after – but then in Gardner’s there’s that incontrovertible 18-point lead. Sam Lowes and Augusto Fernandez lead Aron Canet over the line while title contender Raul Fernandez crashed out from a winning position. Tune in for the Moto2™ race on Sunday at the later time of 14:30 local time – and it’s now GMT.