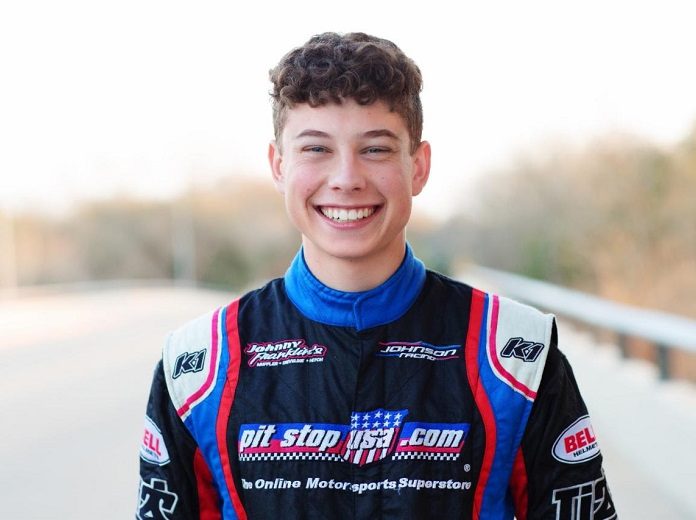 PENNGROVE, Calif. – Colby Johnson has landed a ride to pilot a midget for Morris Motorsports. Johnson will tackle all 11 Bay Cities Racing Ass’n races this season, as well as some USAC Western States Midgets shows and the USAC NOS Energy Drink National Midget Series swing through his home state of California toward the end of the season. “It will be around 20 to 25 races this year,” he said. Johnson will make his season debut with the team this Saturday when he visits Bakersfield Speedway in Bakersfield, Calif., for the first time. Johnson noted that he’s only made two midget starts during each of the last two years, making this year his biggest test in midget competition. He will also race his family owned 360ci winged sprint car a couple dozen times, including at the Trophy Cup as well as during select Sprint Car Challenge Tour and Kings of Thunder 360 sprint car races. “I’m looking forward to a great year in both the midget and the sprint car,” Johnson said.