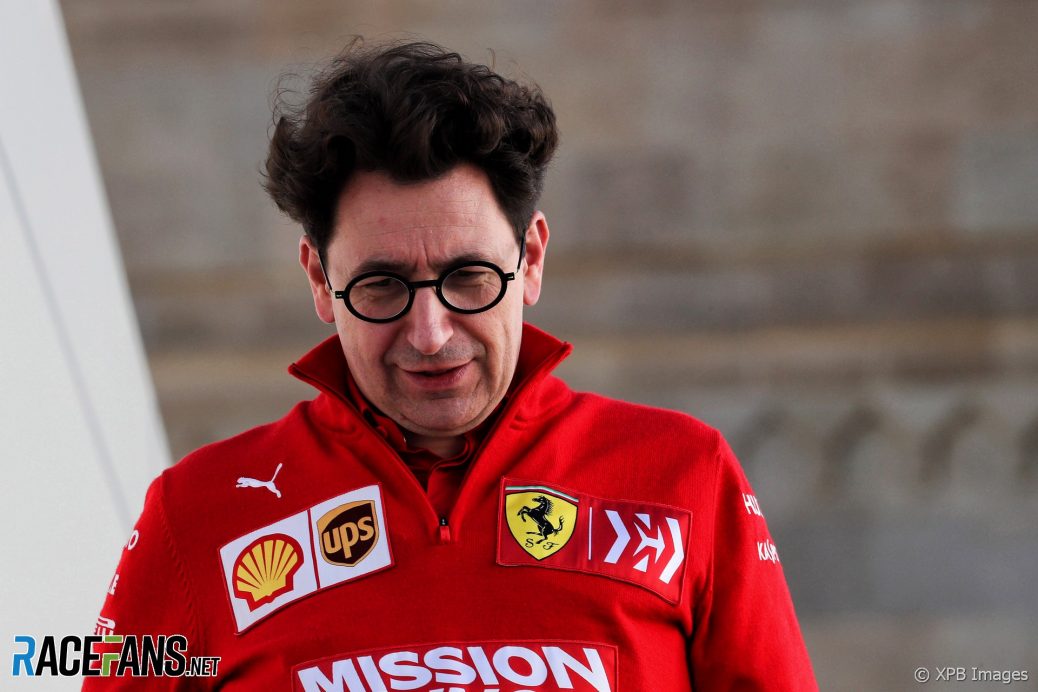 Several of Ferrari’s rivals have said the team should lose its power to veto changes to the Formula 1 rules it does not approve of.
Ferrari team principal Mattia Binotto defended the team’s controversial veto power, saying it serves to “protect” all the teams.
all teams including Ferrari: “Formula 1 themselves want to do what’s in the best of interest in the sport which I think is ultimately in the best interest of all of us and so we’re best having our own individual negotiations when and if that is appropriate.”