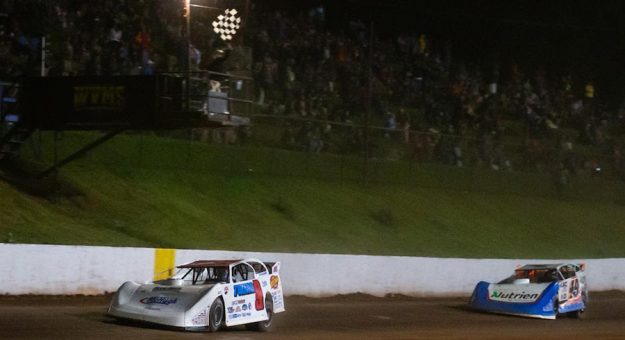 MINERAL WELLS, W. Va. — Devin Moran regained the lead from Jonathan Davenport on lap 24 to score the Lucas Oil Late Model Dirt Series win on Friday night at the West Virginia Motor Speedway. Both Moran and Davenport each led 15 laps during the 30-lap, caution-free main event. Moran led until Davenport passed him on lap ten for the race lead. “Wylie (Moran) said before the race that lapped traffic was going to be important; I was hoping we would be leading at that point. The 27-year-old Ohio native’s key to victory was not to get too close to lapped traffic. “I didn’t want to get too close to those lapped cars when they got bunched up, I didn’t want to do what he did. It was really hard to get to the outside of a lapped car.