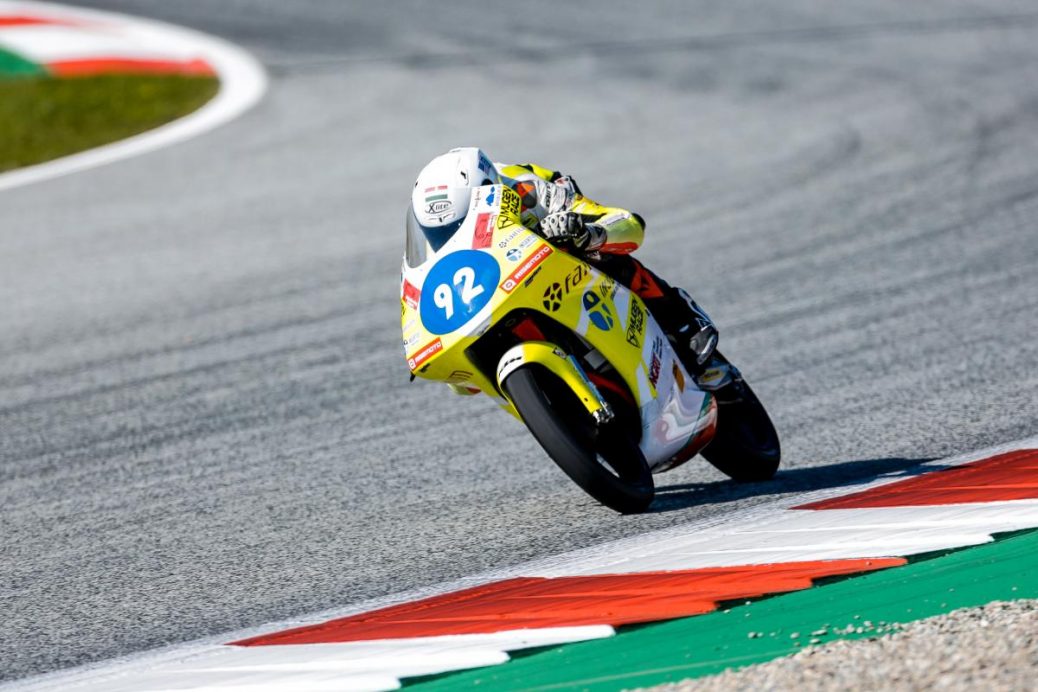 Moor continues his charge with a stunner in Styria

The Northern Talent Cup is back from summer break and Rossi Moor (FAIRIUM Next Generation Riders Team) is back on the top step! In a close-fought battle for victory in Race 1 at the Red Bull Ring, the Hungarian headed a podium covered by just 0.044 seconds, with Lenoxx Phommara (Phommara Team) back on the box in second and Kevin Farkas (Agria Racing Team) taking a debut rostrum in third. Save a couple of stints, the three heading the battle were Moor, Farkas and Phommara for many a lap of the Red Bull Ring, and Farkas had a couple of moments with a gap in the race lead to boot. That’s it for Race 1 at the Red Bull Ring, with Moor gaining some ground to now sit 57 points behind Gurecky.