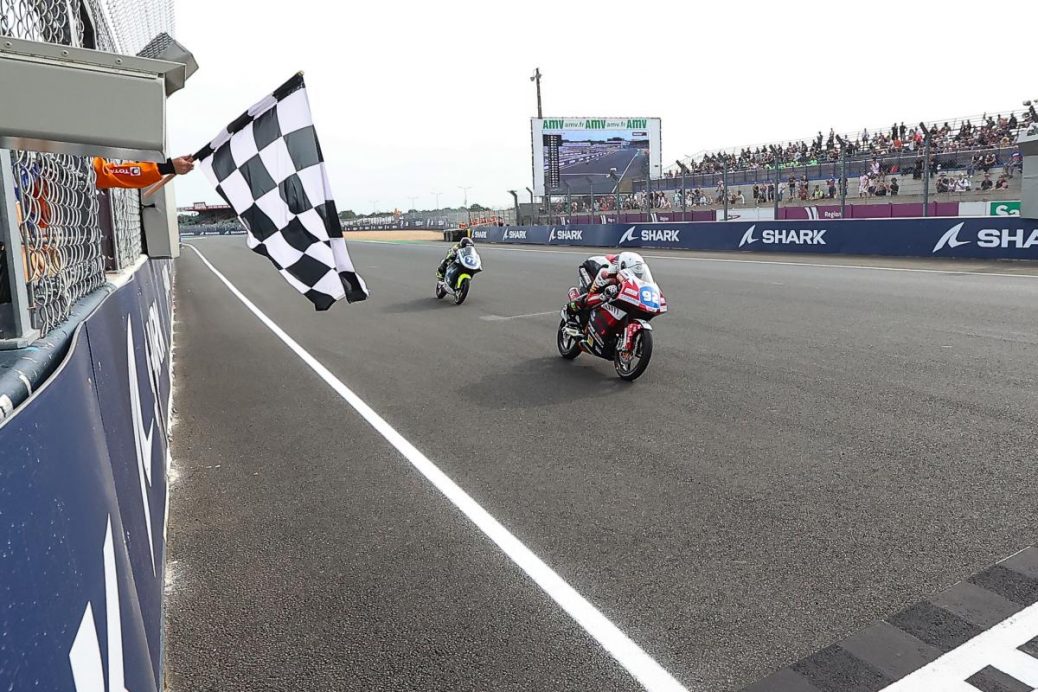 Polesitter Rossi Moor (FAIRIUM Next Generation Riders Team) claimed the first victory of the season at the famous Le Mans Circuit as the Hungarian edged out Loris Veneman (TeamNL Open Line) by just 0.166s in a fascinating first encounter of the 2022 Northern Talent Cup. The German will unfortunately miss Race 2 as a result, and after some top pace in pre-season. The excellent battle for the lead continued throughout the race until Moor and Veneman were able to break away with two laps to go. The German finished ahead of Varga, who – after failing to take a Long Lap penalty – was handed a three-second penalty at the end of the race. Moor and Veneman were able to bridge a gap in the closing stages of the opening race, but there wasn’t to be a repeat in Race 2 – Farkas, the aforementioned duo, Dustin Schneider (Goblin Racing), Noa Cuypers (Junior Black Knights), Masili and Tibor Varga (Forty Racing) were all eyeing at least a podium heading into the closing stages. Race 1 podium finisher Masili ended Race 2 in sixth, as Varga lost out on the final lap at Turn 8 in the scrap for the podium – the Hungarian was P7.