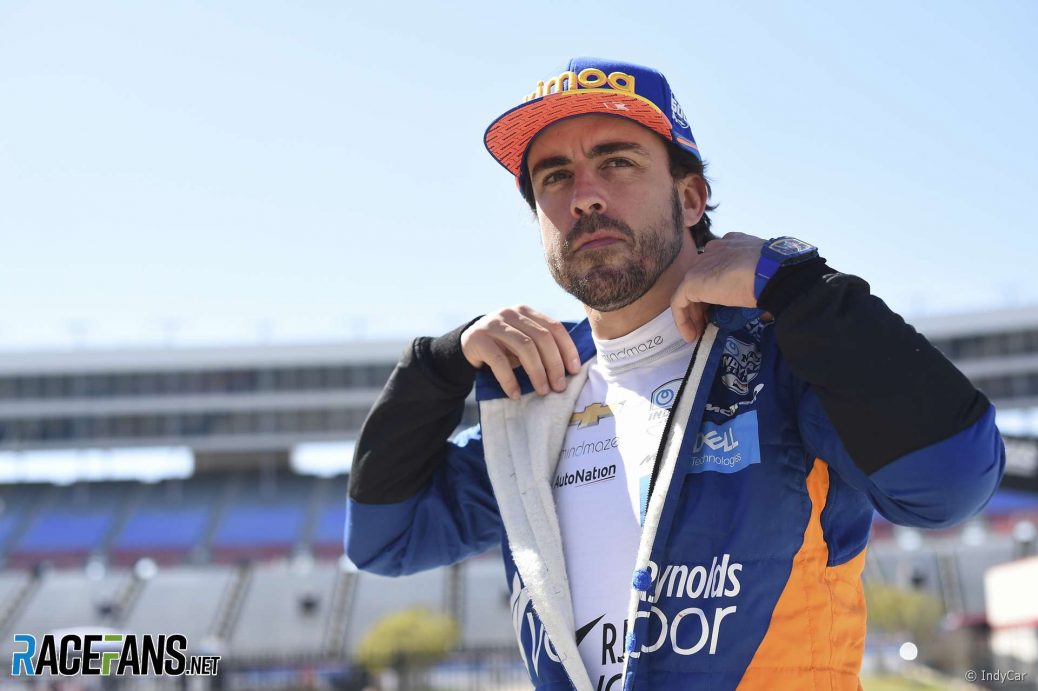 Another driver is more likely to win the ‘Triple Crown’ before Fernando Alonso, according to the most recent Indianapolis 500 winner.
Simon Pagenaud believes his Penske sportscar team mate Juan Pablo Montoya is likely to complete the triple before Alonso does.
Alonso and Montoya are each one win away from completing the ‘triple crown’ of victories in the Monaco Grand Prix, Le Mans 24 Hours and Indianapolis 500.
Pagenaud, who won the race, said “probably more likely” to win the triple crown before Alonso, “because Juan Pablo is doing sportscar racing full-time there and he is very good at it.”