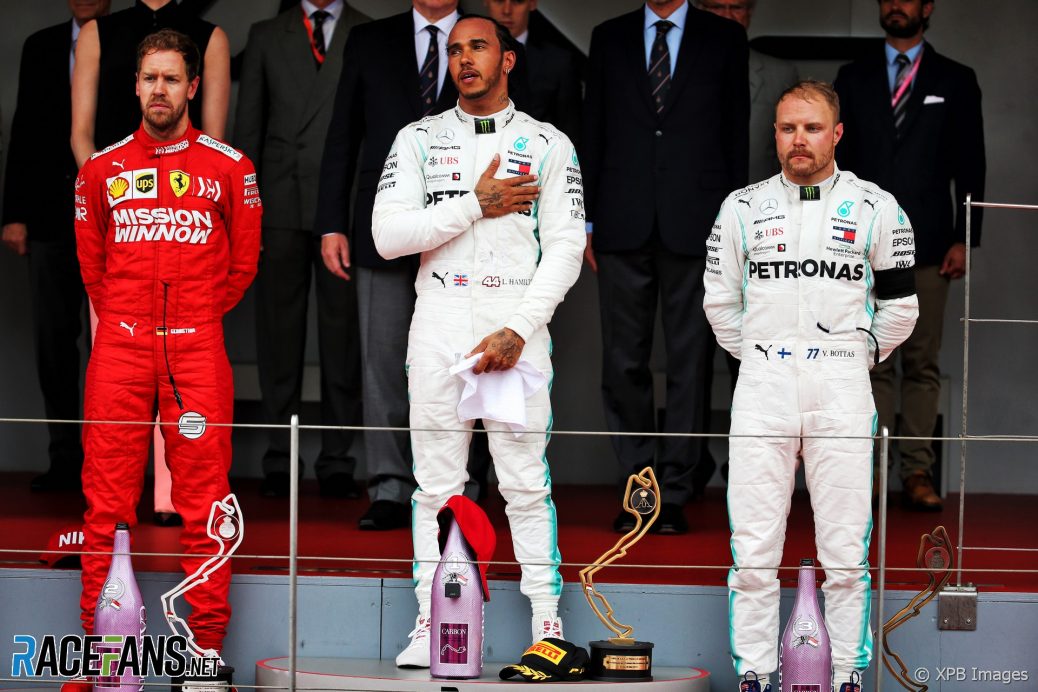 Mercedes team principal Toto Wolff says Valtteri Bottas will come back “stronger” following his setback in the Monaco Grand Prix.
He then fell to third place in the race – the first time a Mercedes has been beaten by another car all season – after he was hit by Max Verstappen in the pits.
Wolff said the contact between Verstappen and Bottas “ruined both races”.
“Max lost a position because of the penalty and the manoeuvre and Valtteri lost a second place, three points more that are lost, and Mercedes lost a one-two.”
Wolff predicted he will come back “stronger” again after his frustrating weekend in Monaco.