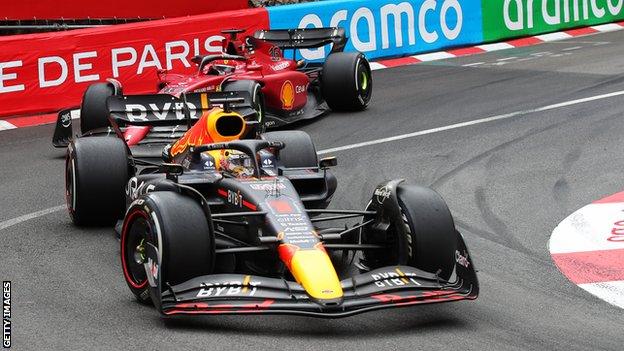 Monaco Grand Prix: ‘Too many mistakes’ – how Ferrari lost out

But after Red Bull pitted Sergio Perez for intermediate tyres, and started setting quick times, Ferrari responded with Leclerc two laps later. At this point, Ferrari still had a chance to win – but not with Leclerc any more. Ferrari also stopped him for slick tyres on the same lap as Sainz – by mistake. They called him in and then told him to stay out, but it was too late; Leclerc was already in the pit lane. In short, Ferrari had lost Leclerc the lead by pitting him when they did not need to. “At that point it looked like Ferrari had the race in the bag.