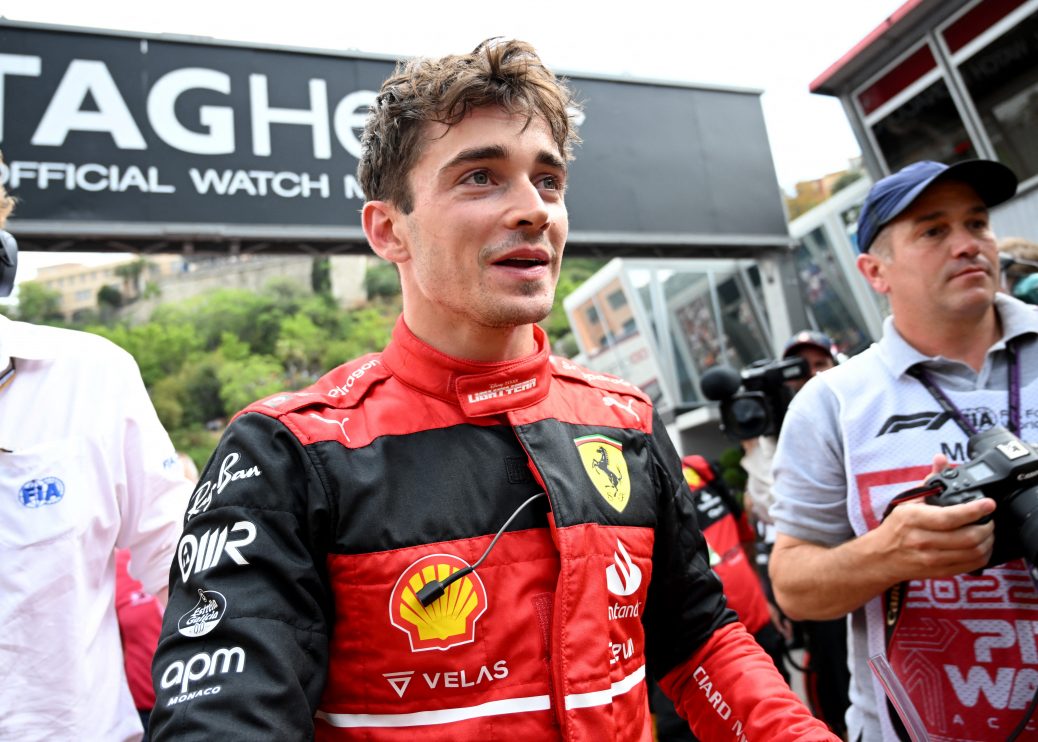 CHARLES LECLERC took pole ahead of Sunday’s Formula One Monaco Grand Prix after Sergio Perez’s crash brought qualifying to a halt. Perez spun out at turn seven just before the tunnel, smashing his back wing into the barrier. Leclerc’s team-mate Carlos Sainz wasn’t too far behind the Mexican and his back tyre collided with the Red Bull. Leclerc will start on pole in his hometown after clocking in a time of 1:12.569. On the qualifying result, Leclerc said: “I’m so incredibly happy. Perez’s spin-out wasn’t the only incident in Q3 with two-time F1 champion Fernando Alonso crashing head-first into a barrier. Sainz joins Leclerc on the front of the grid followed by the two Red Bulls.