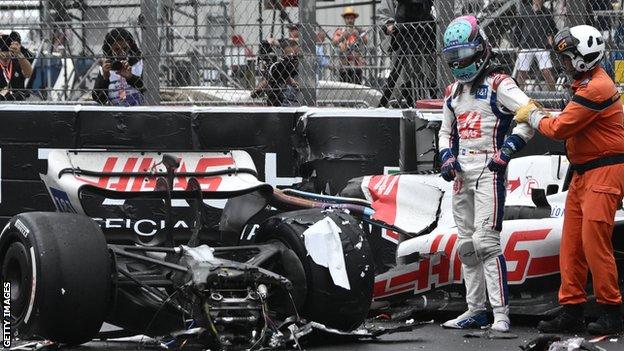 Haas driver Mick Schumacher said he was “feeling alright” after a heavy crash at the Monaco Grand Prix left his car split in half. The German walked away from the crash, which did initially look distressing. It is the second time Schumacher’s car has split in half after a crash earlier this season in qualifying in Saudi Arabia left him out of the race. Once again another Haas car has broken in half, like Grosjean in Bahrain. It’s good Schumacher has walked away and the car has done what it needs to do – but it looked like a horrible crash,” said BBC Radio 5 Live’s Formula 1 reporter Jennie Gow.