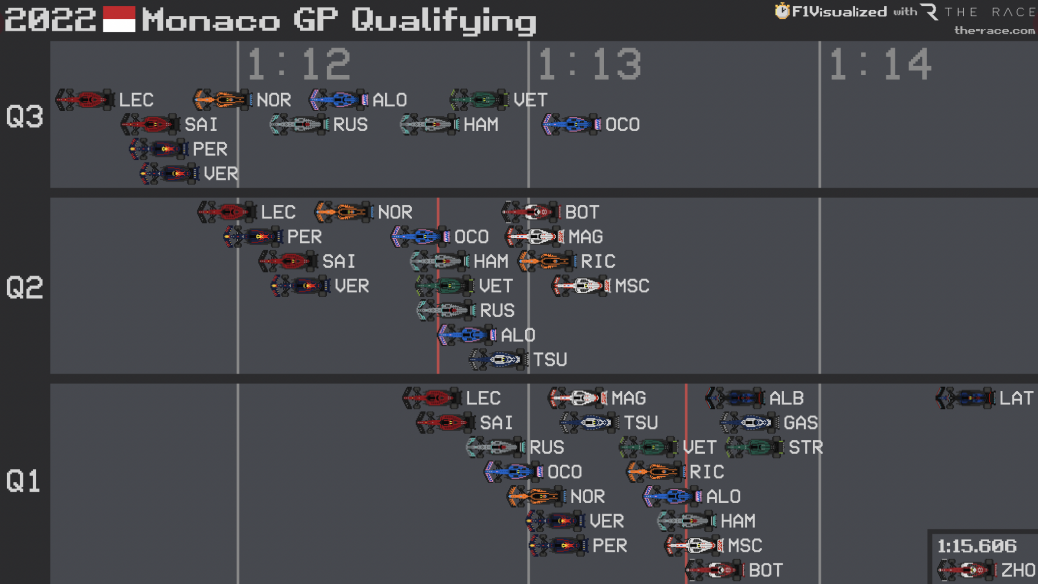 CHARLES LECLERC has earned himself pole position ahead of TOMORROW’S race in what turned out to be a chaotic qualifying. The Ferrari star took advantage of a dramatic crash involving Sergio Perez and Max Verstappen at the final turn of the circuit. Charles Leclerc is delighted for his pole at his home Grand PriX. The Ferrari driver is leading the grid for tomorrow’s Monaco race. Both the Ferrari cars occupy pole and 2nd ahead of tomorrow’s Grand Prix. But he is then hit by Sainz, causing a blockage on the track and the session is red flagged. Will Leclerc continue his excellent pace or will Perez or Verstappen pip him to pole?. Not too much to separate the Ferraris and Red Bulls at the top but at the bottom, Ricciardo is under pressure. Charles Leclerc is adamant that F1 races should still be held in his native Monaco. The Ferrari driver was pipped to victory at FP3 on Saturday by Sergio Perez. Ferrari ace Charles Leclerc was denied a clean sweep by Red Bull’s Sergio Perez in Saturday’s practice session.