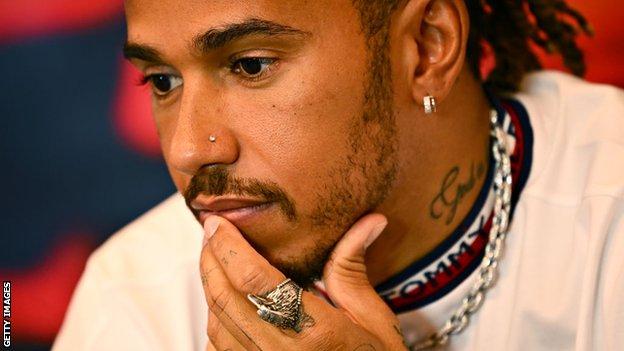 Monaco Grand Prix: Lewis Hamilton says wearing jewellery should not be a problem

Lewis Hamilton has said “way too much time” is being devoted to the issue of drivers wearing jewellery in the cars. Hamilton said: “It’s not been a problem in the past and there’s no reason for it to be problem necessarily now.”. Hamilton has been the focus of the debate because, of all the drivers, he wears most jewellery. But several of the drivers have said they feel it should be a personal matter for them to decide whether they want to take that risk. Hamilton said: “Honestly, I feel like there’s just way too much time and energy being given to this. I’ve said everything I feel I need to say on it in the last races and that’s not what my focus is this weekend [in Monaco]. I think we’ve all worn jewellery our whole careers in Formula 1.