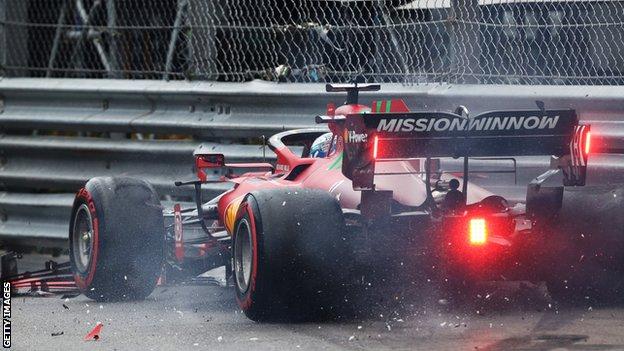 Ferrari say the failure that led to Charles Leclerc’s retirement before the start of the Monaco Grand Prix was caused by his crash in qualifying. The team were not initially sure what led to the left-hand driveshaft hub failure that caused Leclerc to lose drive after he left the pits pre-race. Ferrari say they will update their procedures for future races. The failure cost Leclerc the chance to start his home race from pole position, and cost the team – who have not been able to compete with title contenders Mercedes and Red Bull at other races this season – what could be their only chance to win a Grand Prix this year. Teams can ask governing body the FIA for permission to change damaged parts after a crash but they did not request a change of the driveshaft or its hubs. They did not see a fault with the driveshaft, and the hubs were not inspected as they would not normally be expected to fail in such a situation, the team said.