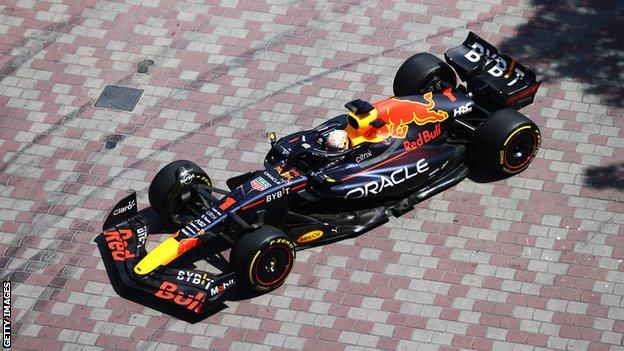 Ferrari’s Charles Leclerc headed Red Bull’s Sergio Perez in a close first practice at the Monaco Grand Prix. Ferrari’s Carlos Sainz was third, 0.07secs behind Leclerc, with Verstappen fourth after damaging his tyres on his final run with a lock-up. Along with Verstappen, Leclerc, Perez and Haas driver Kevin Magnussen all had moments there. Verstappen had gone quickest with his first run on then medium tyres, having started the session on the hards, but after he braked too late into Sainte Devote on his next flying lap his session was over and the Ferrari drivers and Perez managed to leapfrog the world champion.