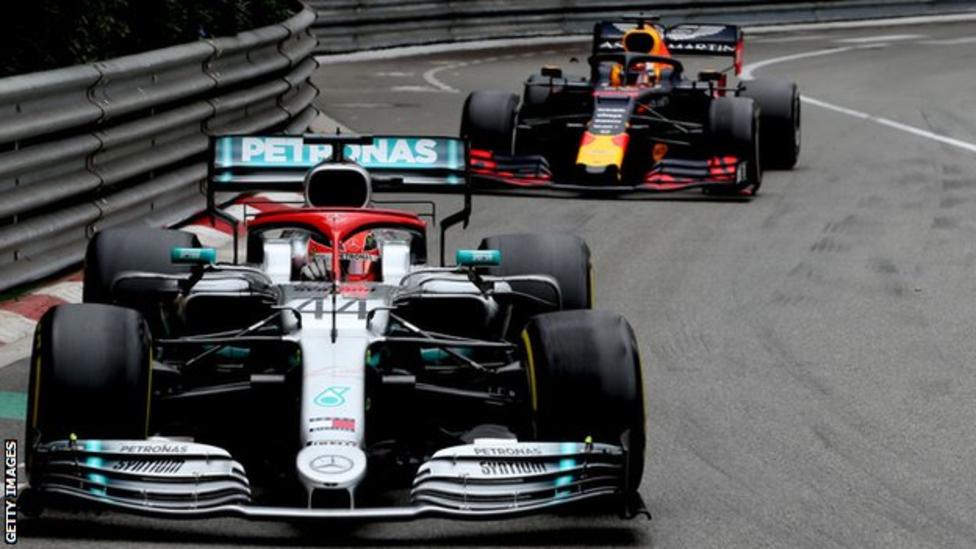 Lewis Hamilton won the Monaco Grand Prix with a perfectly measured drive – but was it really the “miracle” he talked about on the radio?
Hamilton was clearly struggling with his medium-compound tyres, particularly his left front, as he held on against Max Verstappen’s Red Bull in a race that had us all on the edge of our seats until the very end.
Ferrari driver Sebastian Vettel in third and Hamilton’s team-mate Valtteri Bottas in fourth knew that for the entire race.
Without Hamilton’s team radio and with Vettel in second instead of Verstappen, the perception of this race would be very different.