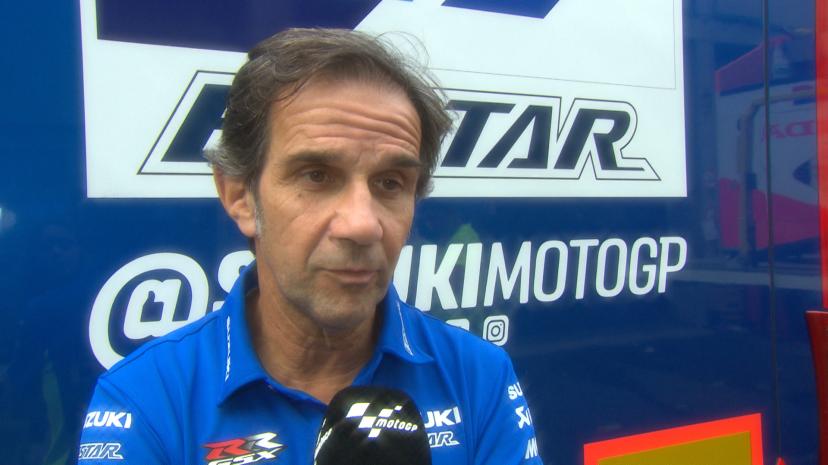 Spaniard has been under observation in Barcelona for four days and will leave hospital seven days after his Brno Test crash.
Team Suzuki Ecstar rider Joan Mir, who suffered an accident during the last MotoGP™ test at the Automotodrom Brno last week, has finally been discharged after being hospitalised for a pulmonary contusion that saw him under medical observation for seven days.
Four days later, the same medical team have decided, after a last round of tests that revealed an improvement, to let Joan go home – where he will continue to rest until another medical check next week at the same Hospital.