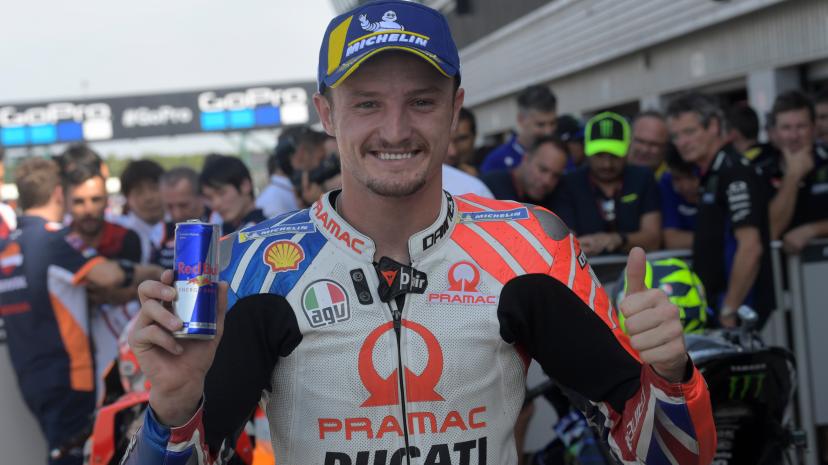 Miller: “We’ve got our work cut out”

Miller sits as the sole Ducati rider on the first two rows of the grid as the Desmosedicis – including himself – hit problems on Saturday.
Miller encountered bike issues in FP3 at the end of Hanger Straight, and it continued in FP4, forcing the number 43 to revert to his second bike and the chassis he hasn’t used since Brno test.
We had some problems with the bike in FP3 this morning and they carried on into FP4,” began Miller, explaining his day.
Jack Miller: “The second bike worked really well.”