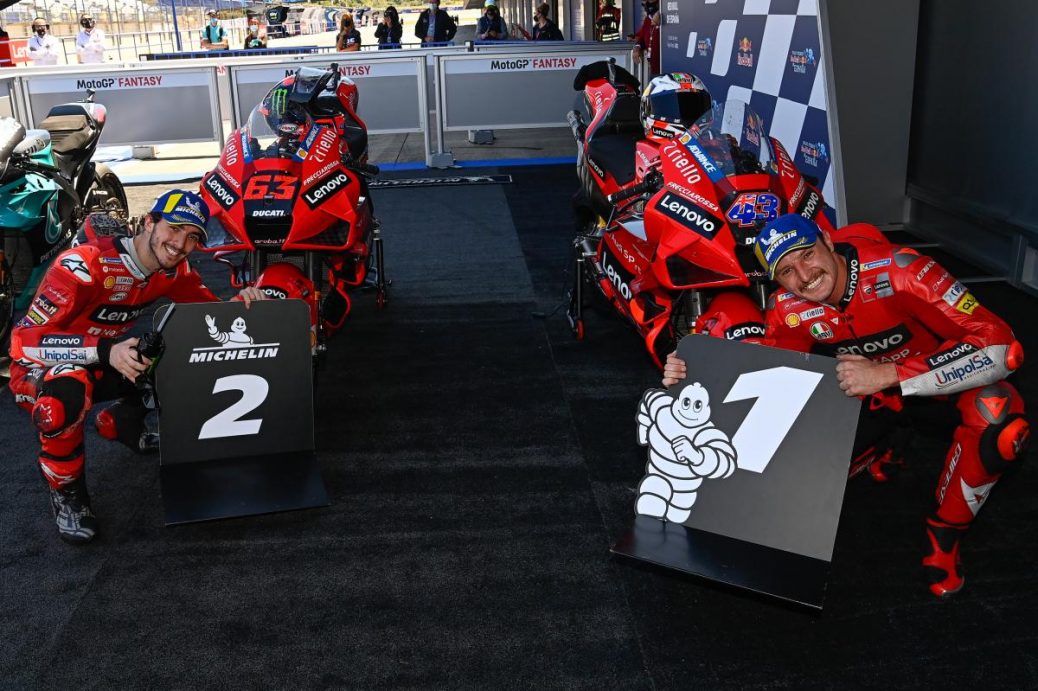 Miller and Bagnaia: Albacete to Jerez, 10 years on

For the first time ever at the Circuito de Jerez-Angel Nieto, Ducati bagged a 1-2 thanks to Jack Miller (Ducati Lenovo Team) and teammate Francesco Bagnaia. But Miller and Bagnaia’s 1-2 has a deeper, greater meaning behind it. The latter enjoyed his first trip to a podium while Pecco stood on the top step for the first time. “It was my first podium, also Pecco’s first podium, in the Spanish Championship. Eh, if you think back, to then, and think that we would be teammates in the factory Ducati Team and be 1-2 in Jerez in 2021… you don’t believe it. But Miller is a fighter, and boy did he come out swinging at the Spanish GP. Ducati will be hoping it’s the first of many for their factory pairing. For the first time, the Repsol Honda Team Manager has openly admitted that the Japanese factory are up against it in 2021.