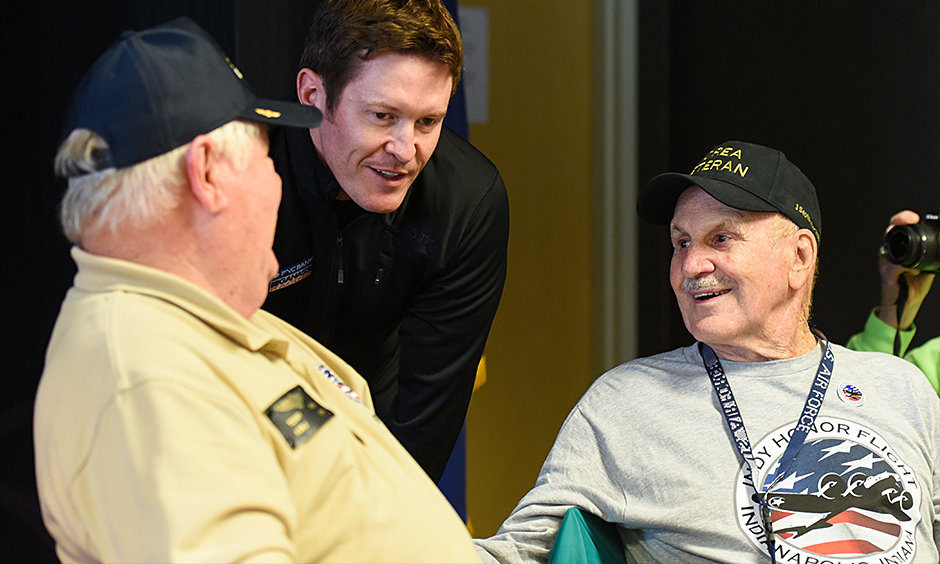 These people arrived early for an open house to benefit Indy Honor Flight, which transports military veterans free of charge to Washington, D.C., to see the war memorials.
Dixon was honored to be part of this third Ganassi open house for Indy Honor Flight, which since its inaugural trip in 2012 has flown more than 2,200 veterans to the nation’s capital on 28 trips.
“The majority of our veterans don’t have a homecoming,” True said.
“What this flight does for our wartime World War II, Korea and Vietnam veterans, it gives them an opportunity for some closure.”