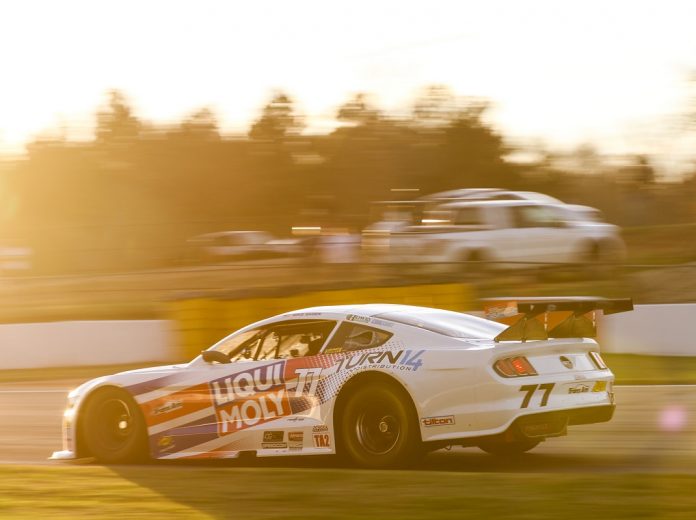 BRASELTON, Ga. – Mike Skeen unofficially wrapped up the Trans-Am Series presented by Pirelli TA2 powered by AEM championship with a thrilling flag-to-flag victory in the Atlanta Speed Tour season semifinal at Michelin Raceway Road Atlanta on Saturday. Skeen will start from the TA2 pole by virtue of scoring the fastest race lap of 1:25.159. “The 3-Dimensional Services Peterson Racing guys gave me a great car,” Lawrence said. Matos ran second for the opening seven laps before losing the position to Lawrence, with TA2 rookie Franklin Futrelle getting by on a restart six laps later. Futrelle made impressive passes to the outside of both Lawrence and Matos, and ran as high as second before Lawrence managed to get by. 96 M1 Racecars Camaro, but pulled off in the closing laps due to overheating. 26 Mike Cope Race Cars Ford Mustang and ran as high as 23rd.