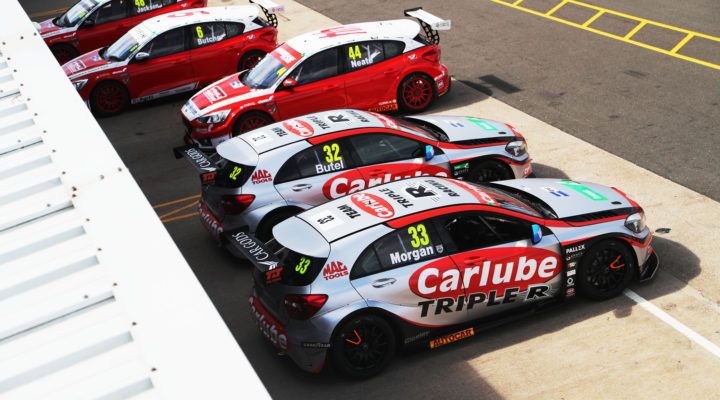 Adam Morgan started his Kwik Fit British Touring Car Championship assault with three top 12 finishes at Donington Park, including an impressive fourth place finish, as Britain’s premier motor sport championship roared into life. From 12th on the grid, the Accrington-based racer was in feisty mood in race two. I was fully on it in that race and the car felt really good. On the semi-reversed grid for the final race, Adam lined up fifth in what turned out to be an exciting race. The results put Adam ninth in the championship and fourth in the Independents’ Trophy. Sadly, in the final race, Jack was the victim of contact as he was fired into the gravel trap. He finished every race, gained experience of the car and the championship and has fitted into the Ciceley Motorsport family very quickly.