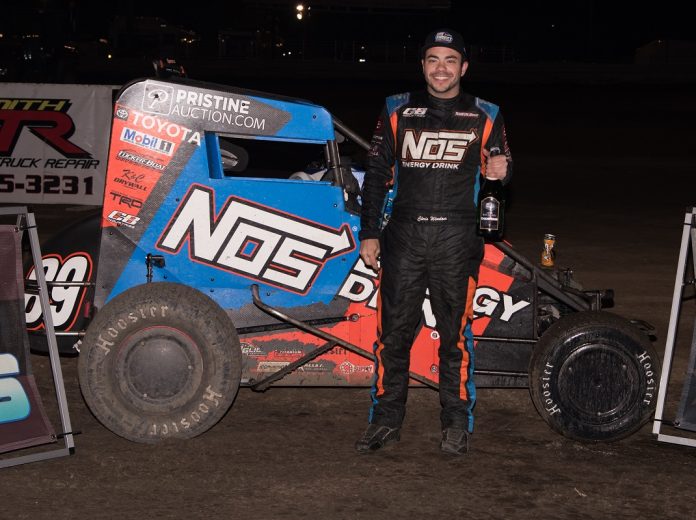 MERCED, Calif. — Chris Windom wasn’t a factor during Saturday night’s USAC NOS Energy Drink National Midget Series finale at Merced Speedway, but he didn’t need to be. 89 Tucker/Boat Motorsports entry for competition Saturday, Windom secured his first USAC National Midget Series championship, adding the one missing jewel to his star-studded résumé. “I knew all I needed was that position to secure the title,” Windom added following Saturday’s finale. “Toyota is proud of our grassroots racing efforts, as this title marks the seventh USAC championship for Toyota in the last eight seasons. Windom’s one-point margin over Courtney ties the 2008 season for the closest championship finish in USAC National Midget Series history.