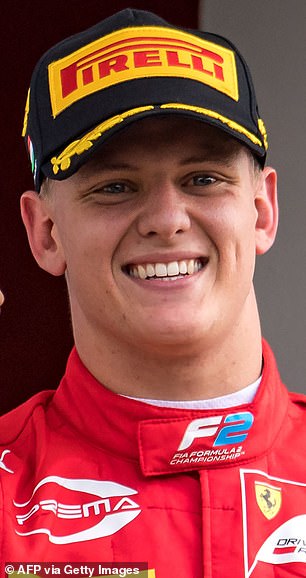 Mick Schumacher’s surname is a ‘BURDEN’, Felipe Massa claims, because Formula One fans ‘expect things he can never fulfil’ amid rookie season struggles for the son of seven-time world champion Michael

Felipe Massa believes that Mick Schumacher’s surname is a ‘burden’, with the Brazilian claiming that the rookie’s connection with Formula One legend and father Michael places ‘extremely high’ pressure on him. As the son of seven-time world champion Schumacher, all eyes have been on the young Haas driver during his rookie season in Formula One. Schumacher Jr’s struggles this season have been mitigated by the poor performance of his Haas car, which is comfortably the slowest on the grid, while the erratic driving of Mazepin has afforded the German less scrutiny from fans and pundits. And former Scuderia driver Massa says Schumacher’s surname is a ‘burden’ and that Formula One fans ‘expect things he can never fulfil’ due to his car’s lack of pace in his debut campaign. Schumacher Jr will remain at Haas next season alongside Mazepin, where it is hoped they will be more competitive with the introduction of new regulations.