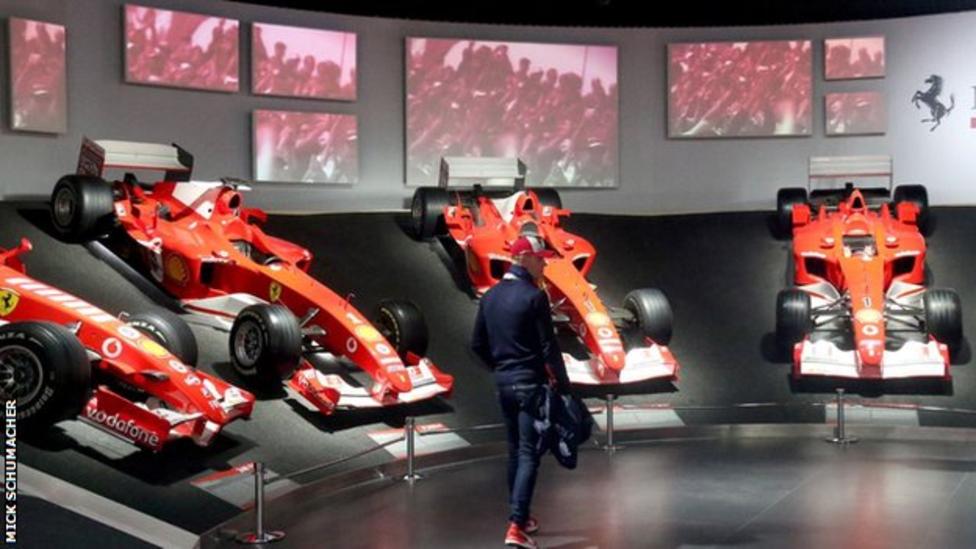 The son of seven-time Formula 1 world champion Michael Schumacher has visited the museum dedicated to his father’s racing career, in Italy.
Formula 2 driver Mick Schumacher, who is 19, posted photos on social media of his trip to the museum.
“Michael has a special place in the history of Ferrari,” the team said.
Mick Schumacher followed in his father’s footsteps by winning the Formula 3 championship last year, and has been selected for the Ferrari driver academy.
Schumacher’s family have released the Official Michael Schumacher App, which is a “virtual museum” of the driver’s achievements.