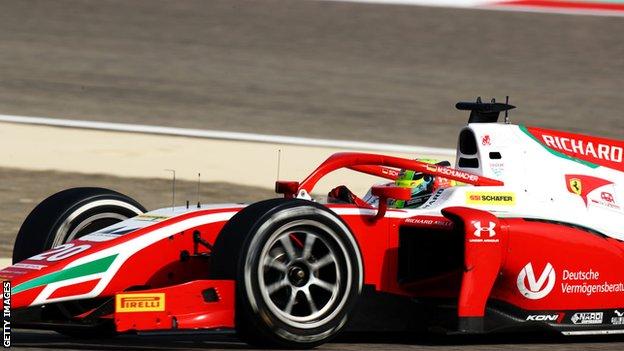 Mick Schumacher remains on course to win the Formula 2 championship after extending his title lead over British rival Callum Ilott. Schumacher, the son of seven-time F1 world champion Michael, goes into next weekend’s season finale in Bahrain with a 14-point advantage over Ilott. There are two races in each F2 round – a feature race and a sprint race – with a maximum of 48 points on offer for drivers. It is expected that 21-year-old Schumacher will follow in his father’s footsteps by landing a seat in Formula 1 with American team Haas next year. Follow the 2019-20 Formula E season across the BBC with full race calendar, results and TV and online coverage times.