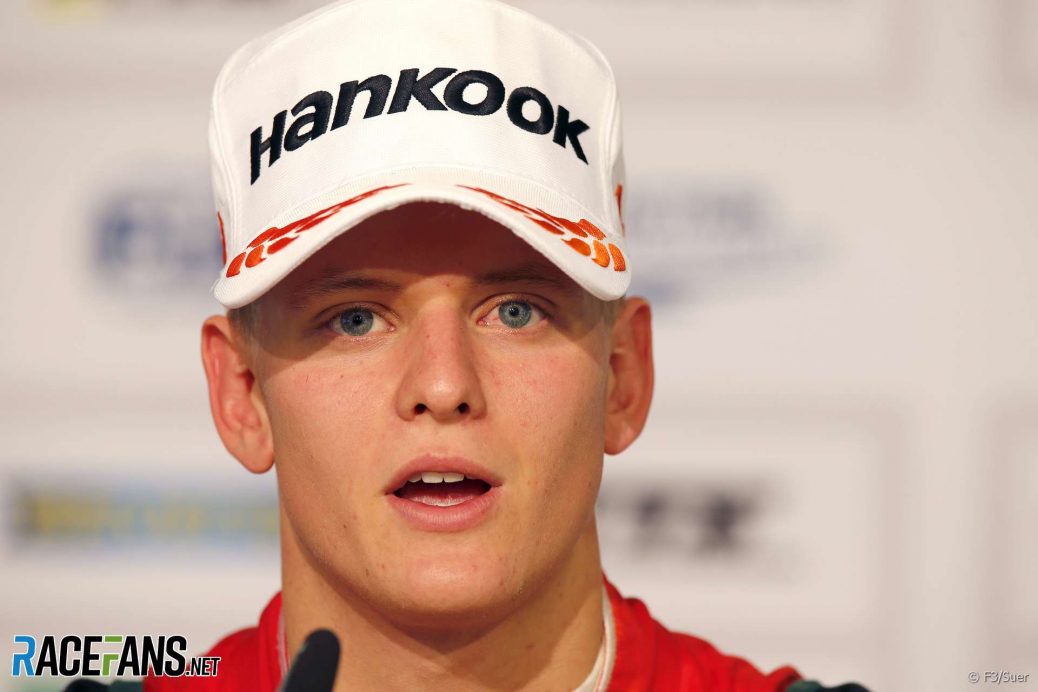 European Formula Three champion Mick Schumacher is among three drivers who have already been confirmed on the Formula Two grid for 2019.
The son of seven-times world champion Michael Schumacher will remain with the Prema team he raced for in F3 and Formula Four.
“We are proud to welcome Mick to our Formula Two operation for 2019,” said team principal Rene Roison.
Rene Roison: “This championship is not an easy one due to its learning curve for rookies especially with the introduction of the new car, but we think that Mick has the maturity and skills needed to make it.”