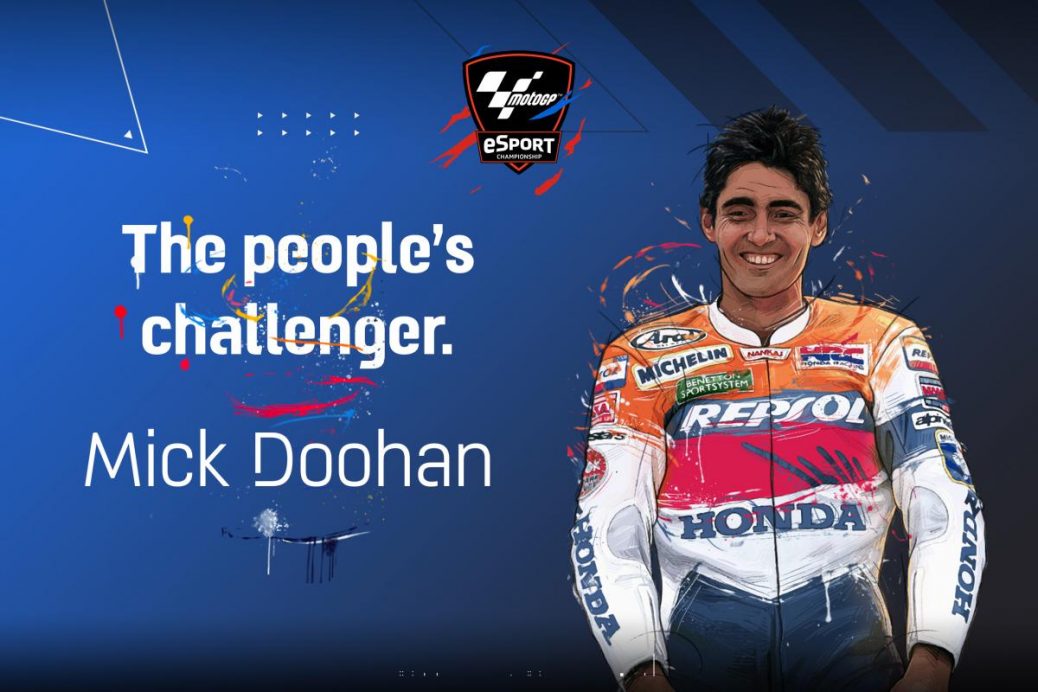 Mick Doohan takes the vote for the second Online Challenge

The 2022 MotoGP™ eSport Championship is close to roaring into life but prior to that, fans of the series had an important part to play: they voted to choose which legendary rider and machine they would compete aboard for the second Online Challenge of the Pro Draft. And after a vote held over two days, we have a winner!. And after 24h of voting and more than 15.000 votes, the winner was quintuple MotoGP™ champion and 54-time MotoGP™ race winner Mick Doohan!. As well as gamers using vintage names and machinery in this challenge, they will also be pushing to post the fastest possible time at a vintage MotoGP™ track: England’s Donington Park!. Number of MotoGP™ starts: 137Number of MotoGP™ race wins: 54Number of MotoGP™ championships: 5.