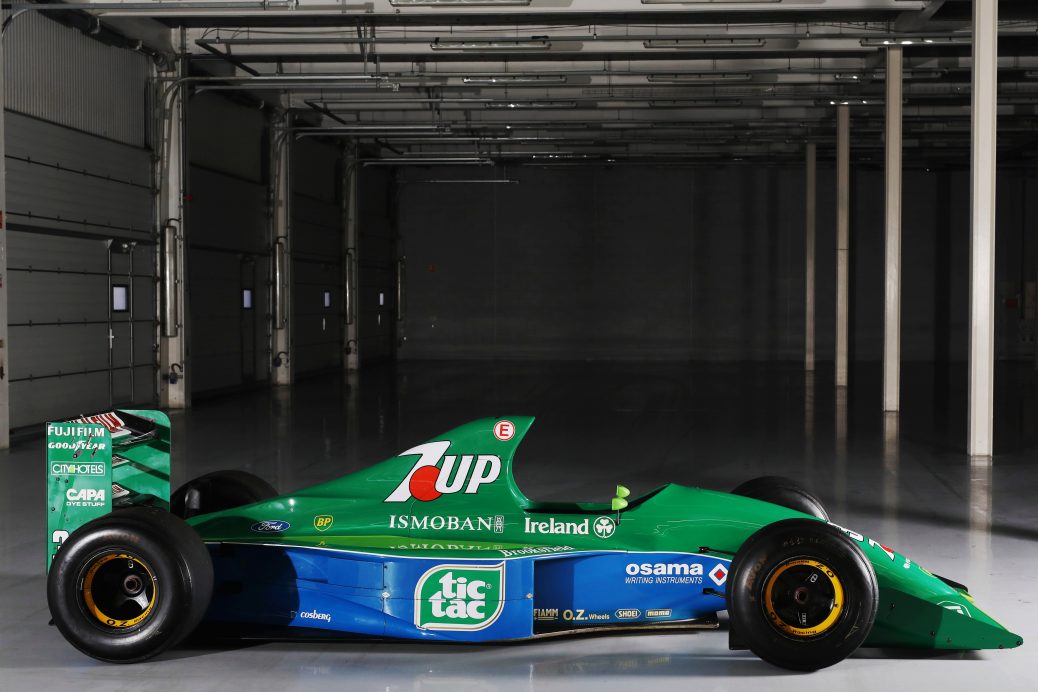 THE car Michael Schumacher drove for his first-ever Formula One outing can be yours for just £1.25million. The stunning Jordan 191, previously voted among the most attractive F1 cars ever, is up for sale. Schumacher was a 21-year-old in 1991 and signed to Mercedes’ junior driver programme when he received the call to replace Bertrand Gachot. Meanwhile, talks between the newly-formed Jordan team and Mercedes allowed Schumacher to race and he impressed in a Silverstone test before his first-ever ride around the intimidating circuit at Spa. Schumacher hopped in and produced impressive practice and qualifying stints to earn seventh place on the grid. This particular car, which had already finished seventh at the previous GP in Hungary, was then taken back by De Cesaris for the race and looked good for a podium finish before an oil pressure failure. Meanwhile, Schumacher’s debut ended on lap one as a clutch issue hit the spare car. The 191 on sale today then became the spare car as IndyCar hero Alex Zanardi and Roberto Moreno later raced for Jordan that season.