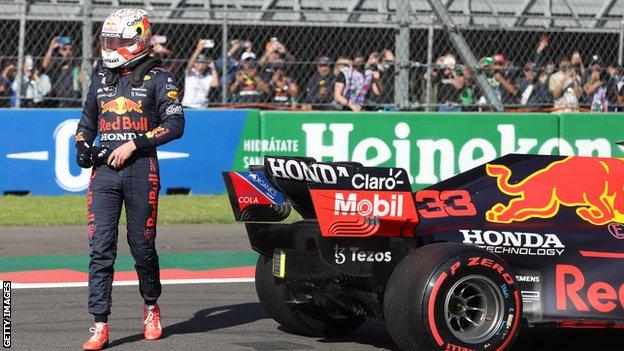 Mexico City Grand Prix: How did Red Bull miss out on the front row?

“Track position is pretty important here,” Hamilton said, “so we will work as a team to try keep it.”. With the four Mercedes and Red Bull cars starting together, this fight will be about strategy as much as speed. It was very much not a position in which a driver for the Red Bull junior team should have found himself – with the two Red Bulls, Perez in front of Verstappen, bearing down on him on the final lap of qualifying trying to beat the Mercedes. Now, they start a race in which they can realistically expect to be evenly matched on pace with Red Bull with both cars at the front.