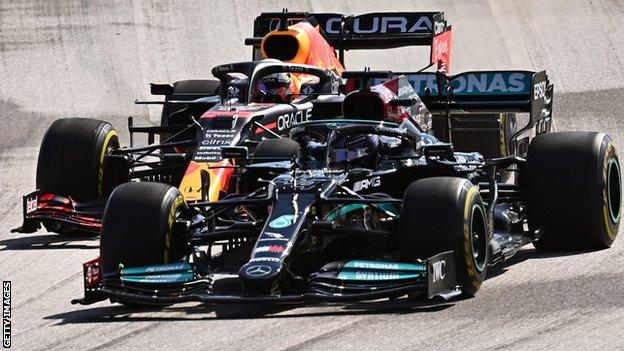 “I always want to win it in the right way and if you’re going to lose it, you lose it in the right way also,” Hamilton said. Verstappen said: “I will race hard like Lewis does and everyone else does and of course always try to keep it clean.”. Hamilton said he would never resort to underhand tactics, which have been used before by some drivers in title fights, most notably in the controversial situations involving Ayrton Senna and Alain Prost in 1989 and 1990 and with Michael Schumacher in 1994 and 1997. “We have have never won a championship that way, I have never won a championship in that way and would never want to,” Hamilton said. Verstappen said he did not believe what had happened in the past had relevance today. Hamilton said he expected Red Bull to be “rapid” this weekend. Hamilton said: “We did win last time but that was only because Max made a mistake and got a penalty. “We thought we would be stronger in somewhere like Austin,” Hamilton said. Hamilton said: “What I do know is last year they out-qualified us here and they were down on power compared to us through the year.