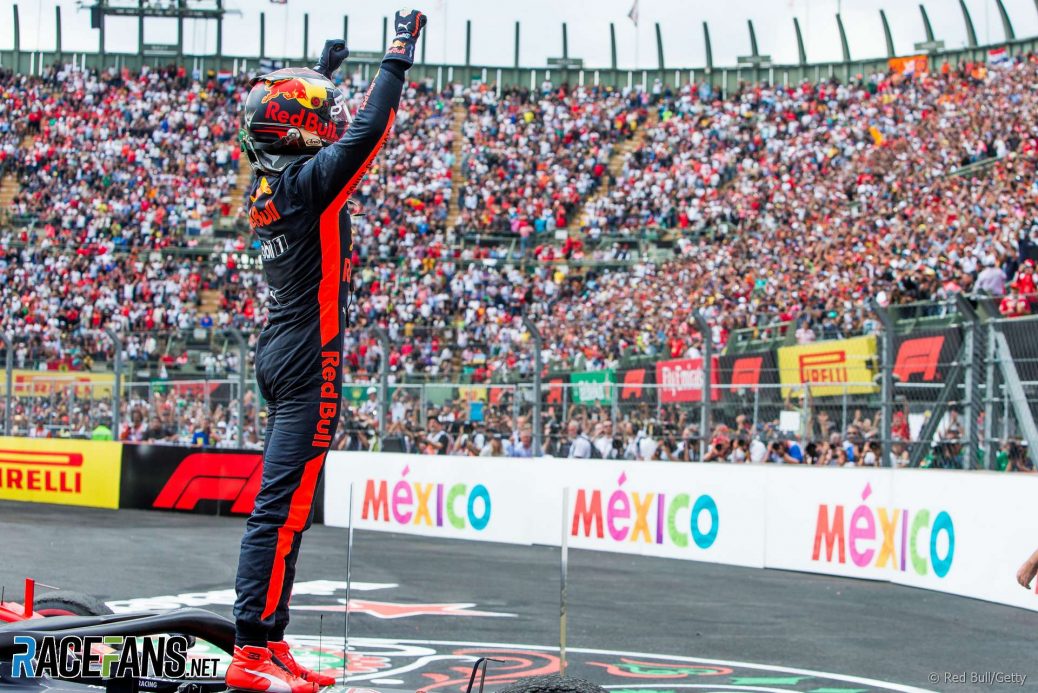 The promoter of the Mexican Grand Prix has indicated the race will appear on the 2020 F1 calendar after agreeing an extension to its current contract.
A statement released on social media referenced the race’s ‘F1esta’ hashtag, stating “Mexico City will continue to #F1esta!”
F1 returned to the Autodromo Hermanos Rodriguez in 2015 after a five-year deal to host the race was agreed.
With the Spanish Grand Prix promoted also believed to have secured an 11th-hour deal to extend their contract, only the German round at the Hockenheimring may now disappear next year.