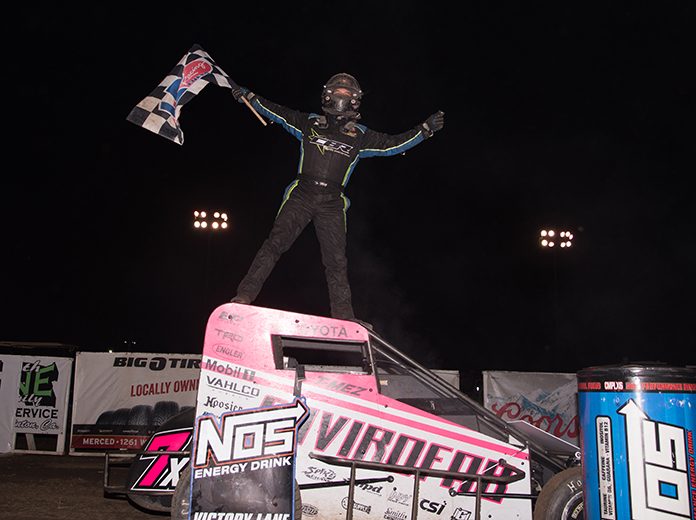 MERCED, Calif. – Thomas Meseraull celebrated his second USAC NOS Energy Drink National Midget Series victory of the year in the series’ first event at California’s Merced Speedway on Friday night. Now starting sixth, Meseraull was entrenched in the top-three battle along with Tanner Carrick and Daison Pursley by the conclusion of the first lap. On the ninth lap, Meseraull upped the urgency as he split his way between Carrick and Pursley to slot into second in turn three, then glided underneath Carrick between turns one and two to take the lead. The interval shrank to a half second between Meseraull and Pursley with three laps remaining. With the white flag in sight coming out of turn four, Pursley lay just a few car lengths behind Meseraull. “On the restart, I moved down and just ran two clean laps through the middle,” Meseraull explained.