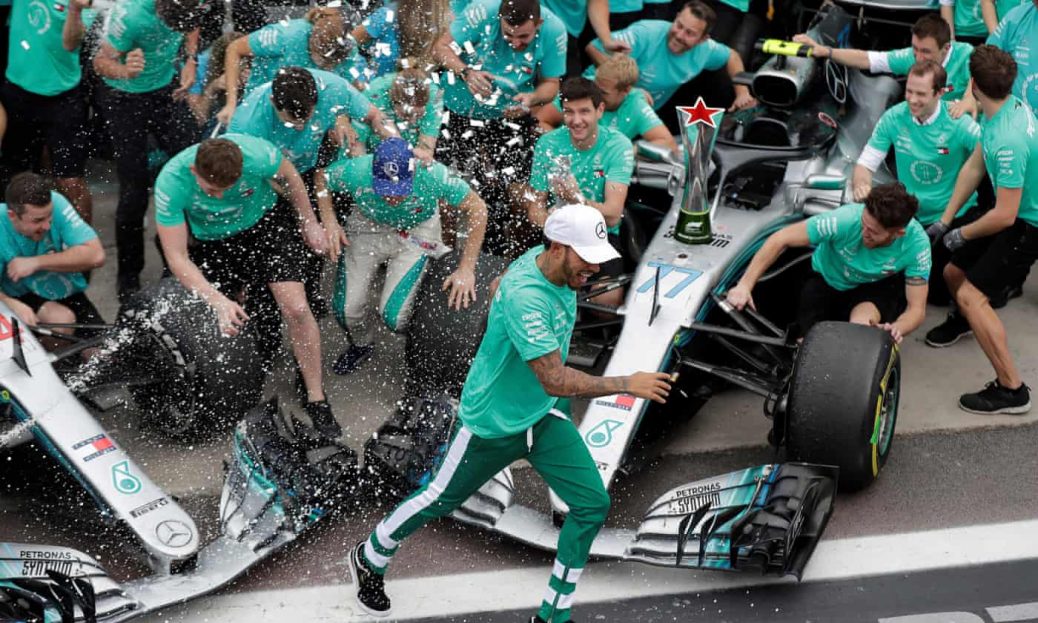 The Mercedes team principal, Toto Wolff, has said that without Lewis Hamilton they would not have enjoyed the remarkable success that culminated in a record-equalling fifth constructors’ championship at the Brazilian Grand Prix.
Hamilton’s win at Interlagos, having already secured his fifth drivers’ title, ensured Mercedes continued its complete dominance as a manufacturer, unbeaten since the turbo-hybrid era began in 2014.
Hamilton, who took his fifth title in Mexico with fourth place, had admitted that was not how he had wanted to seal the championship, but took huge satisfaction in finishing the double with a win at the Autódromo José Carlos Pace.